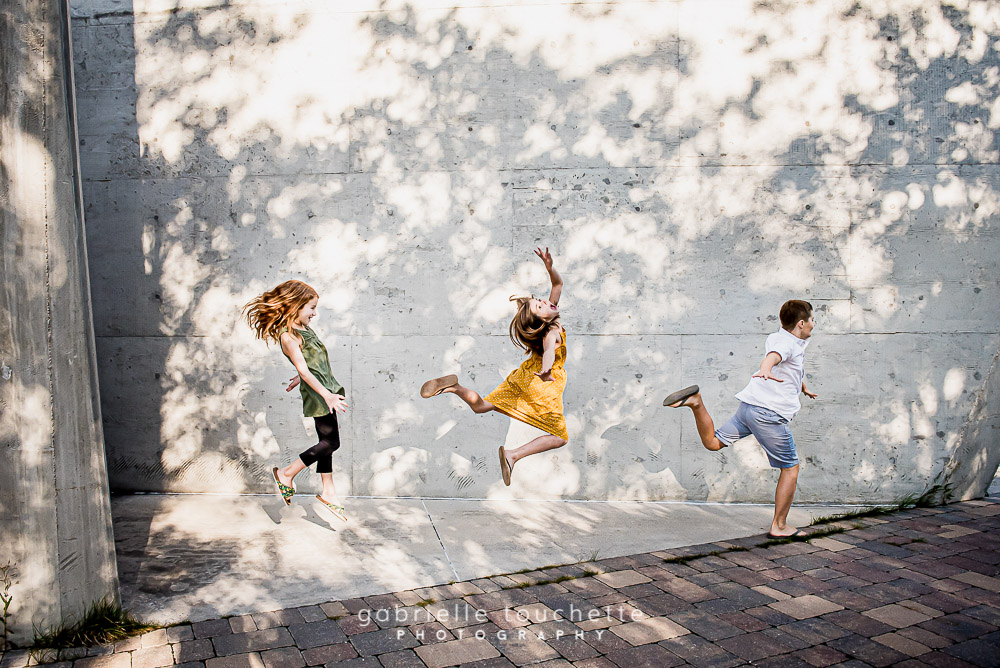 I first met Lindsay and her family two years ago to take their photos when the fall colours were out at Birds Hill Park and I remember having so much fun with their 3 kids and dog. So this year, when they asked if I could do their photos again, I was excited for a new session, this time at two of my favourite locations: the shower house at Birds Hill Park and on the big hill at HarbourView Park in Winnipeg. It’s not everyone that chooses the shower house, maybe because of its modern lines, cold concrete walls and angular shapes, but it’s one of my absolute favourite structures to shoot in and around of, and there was an extra special meaning for them to include it in their session. Jon, who’s an architect, designed the building several years ago. I had no idea, so now knowing whose creative mind was behind this structure, made it all the more fun and meaningful for this portrait session! Although angular lines and cool grey tones make for fun artsy, unconventional photos, we also wanted to mix in a bit of bright greenery into their collection of photos, to keep things classic and natural as well. It was a beautiful late summer evening with a golden sun, and those kids make even a big old hill look like such a fun time! This crew and these photos make me so happy!